Bike Week is fast upon us. The Laconia Motorcycle Rally is a long tradition that harkens back to the days when rallies were held on dirt tracks in Laconia. 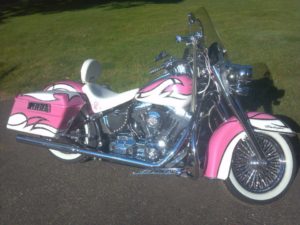 The gatherings associated with those races have grown vastly over the many years of the rally and have now become the week long celebration of everything on two (and sometimes three) wheels, informally known as Bike Week. There are extensive races hosted at the NASCAR mecca: NH Motor Speedway in Loudon. There’s a raucous hill climb at Gunstock, parties, fields of vendors, and tons of fun at Bike Week’s epicenter at Weirs Beach on Winnipesaukee. All of this truly stems from, and is in celebration of, one thing: the joys of taking to the open road on a motorcycle. And the best thing about that is there are no shortage of fantastic rides in and around New Hampshire’s Lakes Region. If allowed the time and space, tens – if not hundreds – of great rides could be chronicled. One ride stands out from the list:

More than a few folks do this over the course of Bike Week. The best part of this ride is that you can pick it up from anywhere, from any side of the lake. For context, let’s figure on riding over from The Lake House at Ferry Point Inn. Work your way back out to the Winnisquam Trading Post and Route 3. Take a left and head towards Laconia. A couple of miles down, just after the Belknap Mall, take a right onto the Laconia Bypass/Rte 11. Take this to its end, in sight of Laconia Airport. Take a left onto 11 (yes, you’re still on 11). From here, it’s a pleasant, winding course to Winnipesaukee’s southernmost reaches at the end of finger-like Alton Bay. There are several spectacular views along this route with plenty of places to pull off. Alton is a charming little village with docks, marinas, a country store and some nice places to eat. This is one of the MS Mt. Washington‘s stops and there’s some chance you’ll get a look at that magnificent boat (note: add a cruise to your itinerary. Plan on picking it up from Weirs Beach). 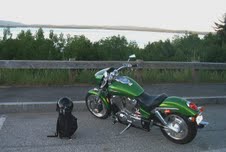 From Alton, you have two choices, either follow 11 through quaint Alton and pick up Rte 28 North at the Alton Circle, or skirt the close side of the lake by hooking a left onto the more rural 28A, right at the bottom of the bay, which will also connect you to 28 a bit further up.

Route 28 is wide and welcoming, with long hills that will again provide you with brief peeks at the lake as you approach Wolfeboro. As you get into town, stay straight on Rte 109 (28 goes off to the right towards Ossipee). Traffic will slow with summer tourists, but that will give you ample reason to stop and get a view of Wolfeboro Bay. This fine old community is the oldest resort community in the United States, and has attracted tourists since the days they arrived by steam locomotive to cruise the lake in paddle wheelers. Good lunch spots with decks over looking the water include: The Downtown Grille Cafe and Jo Green’s Garden Cafe. Stop at Black’s Gift Shop for a paper or souvenir, or hit Bailey’s Bubble, next door, for a homemade ice cream.

From Wolfeboro, continue on 28 north through Tuftonboro and Melvin Village. You’ll cruise past handsome colonial homes and wind through rural countryside. It’s recommended here that you consider adding a “spur” to your circuitous route. Castle In The Clouds is a short way up Rte 171 in Tuftonboro, just off 109. This Arts and Crafts period mansion, perched on a mountain ridge, features mind-blowing views of Winnipesaukee and a terrific cafe. 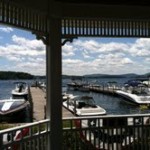 Route 109 will eventually end at a “T” in Moultonboro on Rte 25. At this point, you’re at the northern reaches of Winnipesaukee, which is tipped with three long bays: Moultonboro Bay, Center Harbor, and Meredith Bay. Take a left on Rte 25 and head towards Meredith. Recommended stops: The Loon Center, where you can stretch your legs and learn about these beautiful birds; the classic New England style country store in Moultonboro itself, or, depending on the time of day, get an ice cream further down the road in Center Harbor – or visit Canoe restaurant, also in Center Harbor. Canoe serves excellent meals, but one dish alone is worth the entire trip: Lobster Mac ‘n Cheese.

More winding roads and hills await, which will bring you to downtown Meredith. This is where you hang a left from Rte 25, onto Rte 3 South. Again, no shortage of things to do in Meredith. Shop the town itself and visit the Mill Falls Marketplace, grab a libation at the Town Docks, or bayside dinner at Lago.

Heading south on Route 3 from Meredith, you’ll immediately come upon Laconia Harley Davidson. They do Bike Week big and they’re totally worth a stop.

Further down still, past farms and sweeping views of Meredith Bay, you’re approaching Bike Week’s epicenter: Weirs Beach. There’s always a party at the Broken Spoke, and if the weather’s good, the party’s outside, too. Just after that, it’s Funspot, listed in the Guinness Book as the largest arcade in the world. There are 20 lanes of ten pin and candlepin bowling here, too, as well as the DA Long Tavern. Beyond that you go down a long hill to Weirs Beach. This is where it’s at: acres of vendors, thousands of bikes, a long boardwalk with a spectacular view of Meredith Bay, an old-school drive in theater, the home dock of the MS Mt. Washington. It’s everyone comes to see and to be seen. Grab a bite and a drink at the Weirs Beach Lobster Pound and people watch. It’s crazy with people, but a ton of fun.

From Weirs Beach, cruise south on Rte 3 and you’ll eventually pick up Rte 11 at Laconia airport. Take a right and look for the entrance for Rte 11/Laconia Bypass on your left, just after the airport. Congratulations! You’ve circumnavigated Winnipesaukee. There’s a good chance you’ll want to do it again the next day…maybe clockwise this time?

About the author: Andy Mack Jr is a member of the Granite State Ambassadors and grew up on a family apple farm in Londonderry NH. He is a radio broadcaster and writer. The native Granite Stater has a passion for New Hampshire’s unique places, outdoors spaces, angling, culture and the arts. More at www.andymackjr.com 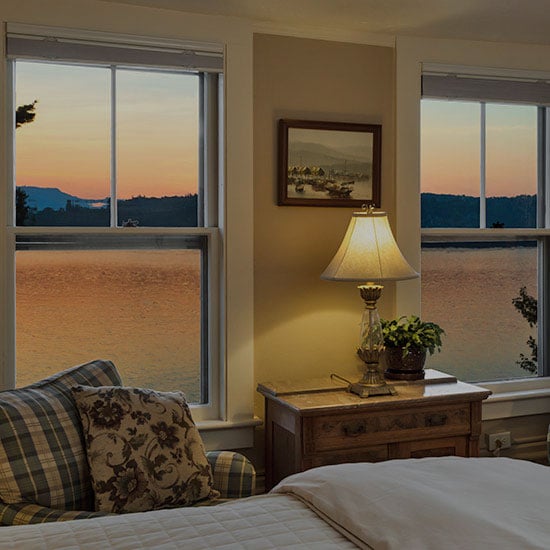 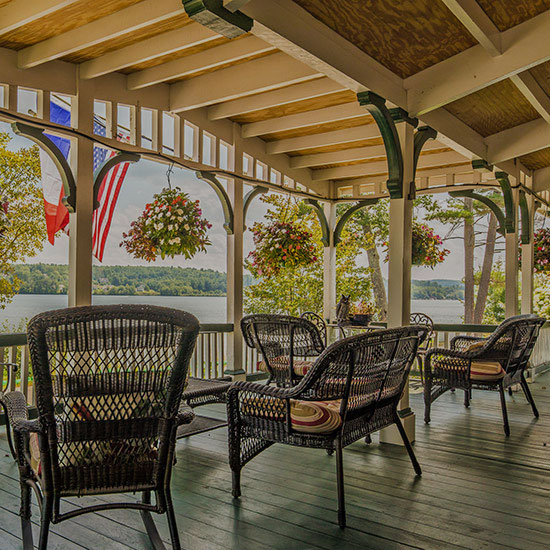 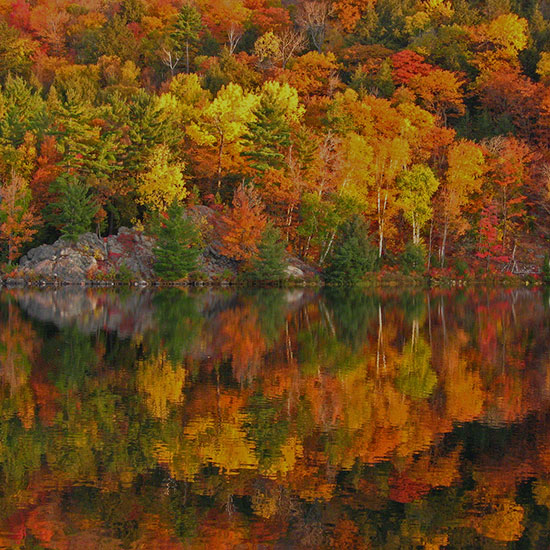 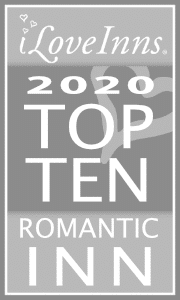